One research focus of the group is luminescent metal complexes. These are the focus of many scientific investigations because they have potential in applications as OLEDs (organic light emitting diodes) and solar cells. In the field of OLEDs, complexes could be presented that show a significant increase in luminescence, e.g. triplet emitters. Although coordination compounds with triazole ligands and copper are already known, luminescent complexes with ClickPhos ligands are unknown so far. Such compounds have great potential in this field because their preparation is economical, they have good optical properties and they form modal structures. 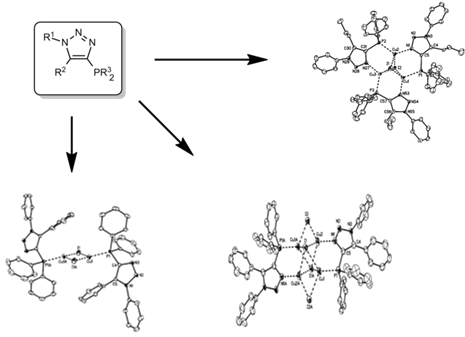 By changing the electronic and steric properties of the triazole ligands, the resulting luminescence spectrum can be varied. With the introduction of further heteroatoms into these nitrogen-containing chelating ligands, a multitude of other possible luminescent copper complexes can be presented. 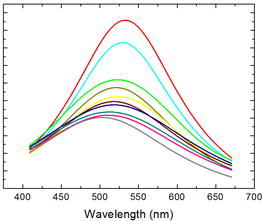 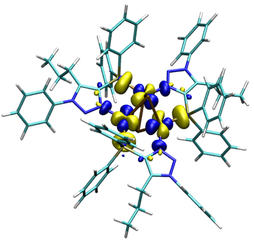 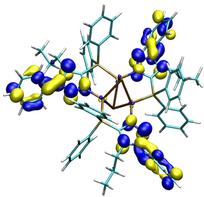 The principal of thermally activated delayed fluorescence (TADF) is nowadays one of the most promising concepts for materials used in organic light-emitting diodes (OLEDs). Especially the interest in luminescent copper(I) complexes as TADF materials has risen due to harvesting of both singlet and triplet excitons without the use of heavy and usually rare metals such as iridium or platinum.[1] Furthermore, copper(I) has a large abundance compared to Ir(III) and Pt(II). Complexes with the related atoms gold and silver are also of high interest because of the enhancement of luminescence in the presence of metallophilic inter­actions, which is particularly true for gold. Besides choosing the right metal, the ligand design is significant to decrease the energy separation between the lowest excited singlet and triplet states for influencing the optoelectronic properties. The preparation of complexes which are simultaneously stable in solution and against redox reactions are additional challenges in finding new and suitable compounds for OLED devices. With the luminescent NHetPhos cooper halide complexes we present a class of soluble complexes with tunable emission properties and wide variety.[2-5] 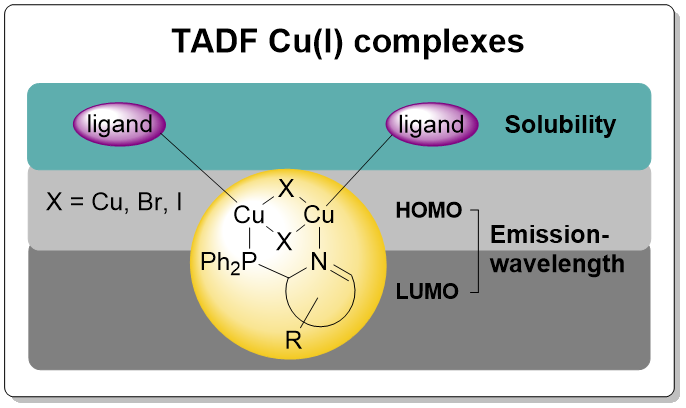